On Saturday, after I walk down some red carpet in my cap and gown and sit down in my assigned seat, I will read my dedications. Dedications that are very personal to me, stuff that I wouldn’t want people to read or hear before graduation. However, there is this massive fear within the teachers that the seniors will say something they wouldn’t want to hear. So, I have to send a copy of my dedications to my advisor, who will then approve them and provide them for me to read on Saturday.

But this system is flawed. What is going to stop me from writing some general dedication speech and then ignoring it when I get to the podium? Nothing would prevent me from saying exactly what I want to say. These measures of approval to keep us in check until the very end just remind me that they don’t really have any control over us. They never did.

“There will be consequences.” the director said to us. “You won’t be allowed to speak at graduation until we see your dedications.” Consequences, what an interesting concept. I wondered at that moment if it would be better to not give them my dedications. I didn’t want to get up on stage and pour my heart out in front of people that imprisoned me for four years of my life. To pretend I am grateful for the circus act they made me perform. Suddenly, it all seemed very unimportant. The only thing that matters is that my diploma is in my hand by the end of it.

I only thanked people I am genuinely grateful for. My dedications are short and sincere, but they highlight those who supported me the most. That’s all that matters.

I am only just graduating on Saturday, so a lot of my life is still consumed by what happens within my school, primarily because of how tiny it is. We have less than 60 students, and the number continues to drop. Our enrollment used to spread across three cities and four villages within three counties, but we have lost a lot of our farther reaching students due to a weak administration.

That is usually what issues within public funded settings boil down to – the administration. I’ve come to loathe the idea of a vague but omnipresent “administration.” Always watching, always doing something wrong, always waiting for you to do something wrong so they can blame it on you. Administrations don’t like to take the fault for their mistakes because they know there are too many to warrant forgiveness. I understand the apprehension, but I would never bring myself to condone it.

The administration I deal with is small and underfunded, but I think those are relative terms. Despite the possibility of those difficulties being genuine, I hate excuses. I hate having to use them, and I hate having to hear them. I think an excuse is much worse than just saying “I’m sorry, I’ll have it to you by next week.” Excuses are a pathetic way of asking for pity where pity is undoubtedly not due. There are rare occasions where extreme explanations for a lack of work are reasonable, but it is uncommon.

Administration, bureaucracy, your boss, whatever you would call this level of authority, recognize that it has unnecessary and unjust power. I have two days to stand up to mine, so I need to figure out how to stir the pot one last time.

I often find myself being very judgemental of my own decisions. I always look at my options logically and try to understand what would lead to the best long-term outcome. Often times, primarily because of the busy nature of my life, this means taking a break.

On my homepage, I refer to myself as a “worker bee” because it is an incredibly accurate analogy. I love to work, I love to be busy and buzzing and reaching for my next achievement. I can’t think of anything I would want to do less than take a break. When I’m on a roll and I can feel the checkmarks piling up on my to-do list, I feel as though I have enough energy to take on all of the world’s problems.

I know I don’t, but it’s easy to understand how that feeling can become addicting. Taking a break can be hard, but getting back into your groove can be even harder. These next few weeks are going to throw me through a loop. I have a big life event coming up on the 19th, then I leave for another big life event on the 21st. After that, I come home for one day and leave the next to watch my best friend realize her dreams. Not long after that, I leave for Montreal to realize mine. Hectic, right?

I published this website today. I wonder if it’ll find it’s groove soon.

I am fortunate to have some truly incredible people in my life. When I met my mentor, I had no idea how important or influential of a person he was. However, I think if I had, I wouldn’t have dared to ask for his help. After I finished the project I needed to complete for graduation, I lost contact with him for a little while. He would sometimes tag me in things he thought relevant to my interests, but it would be months before we had an actual conversation again.

I reached out to him recently. Summer is approaching rapidly, and I had decided to give this writing thing a go, but I realized I would need something to write about. I wanted some work that would help me build up my portfolio, so I messaged him. I asked if he had any projects I could work on or people he could connect me with and we arranged for a phone call the following weekend.

He offered me several opportunities to work, all of which were incredibly interesting and inventive. I was immediately taken aback by the complexity of the projects. He seemed to genuinely want my help with programs that appeared far beyond my comprehension (they’re not, but it felt like they were.) Perhaps I had read the conversation wrong, but I couldn’t help but be happy with the level of trust he still had in me. As I said earlier, we had not spoken in a substantial amount of time, so this level of respect felt unwarranted. After the call was over, I had some exciting future work and a new question – what is it that makes me wonder if I am deserving of respect?

I think there are many reasons I may feel as though I am not as deserving of respect as others, but the primary cause is my age. Twelve years of public education has given me this idea that I am too young, too naive, too inexperienced to receive any kind of genuine esteem. I see why so many young people are afraid to initiate conversations, to speak highly of themselves, and to seek out opportunities.

The quote in the header of my blog, “If you never ask, the answer will always be no,” is something I believe in but have only started living by recently. At the time, the act of messaging my mentor was a source of anxiety. I am barely beginning to understand how valuable my skills are, but disregarding the idea that I don’t deserve or have respect is helping. 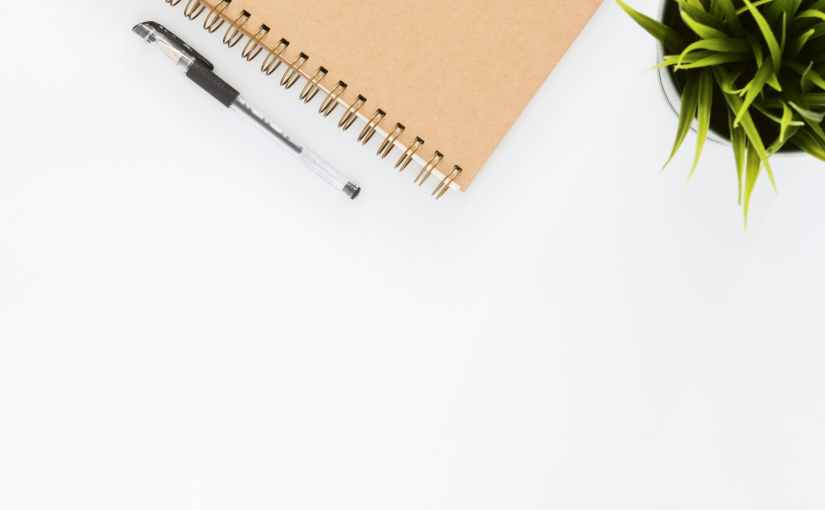 I’ve never been a big fan of introductory posts, I feel as though they just rephrase the “about me” page that we bloggers put so much time into. Instead, I thought I would invite you to observe my life at a turning point.

In nineteen days, I will graduate from high school. I’ve spent the last year applying to colleges, writing scholarship essays, and working day and night to convince people I’ve never met that I’m good enough to attend whatever program they work for. It has been an exhausting effort.

I got into my dream school, but I had a weird acceptance experience. When I applied to McGill, I applied two programs — arts and commerce. My first choice was the Faculty of Arts, so I wasn’t super upset when I checked my status in December and saw I was rejected from commerce. When I received my admissions email, it started with “we regret to inform you…” and I immediately broke down. I had worked so hard to exceed McGill’s straightforward expectations, I thought I was practically a shoe-in. I didn’t read the rest of the email, I just let myself be upset for the day.

When I finally worked up the courage to go through the letter, I felt a sinking sense of stupidity. Turns out the email was a formal rejection from the commerce program. It did reference my admission to the Faculty of Arts, but only briefly in the last paragraph. Right away, something felt off.

I don’t think the person that wrote the email had any intention of being cruel, but it still felt kind of mean. McGill was known for being clear-cut, so I tried to pass it off as just another way of them being direct. But why would they start the email with rejection and barely mention my acceptance? It just seemed odd. I had begun to question if McGill even wanted me there. I realized that every time I had shown interest, contacted them, or applied for programs within the university, I had been treated as a nuisance.

Despite these doubts, I am going to McGill. I put down a hefty deposit so you can catch me in Montreal this August. However, I still question whether or not I’ve made the right decisions, and so do some people around me. I often wonder if I want to spend another four years in an academic environment and even find myself trying to reduce the amount of time I’d spend in university. I can’t tell you the number of times I’ve said: “if I get X amount of 4’s on my AP exams, I can graduate early!”

Yet, I want to have the courage of my convictions and give McGill a chance. This university, this city, this chance has been my dream. The idea of McGill held me up through tough times and motivated me to improve my weaker areas of study. I have to try, I owe it to the young girl who yearned for Montreal like nothing else for the last year and a half.

I think it’s fairly reasonable to have doubts, especially when you make a big decision for the first time. My shortage of confidence was not for lack of trying, but it turns out that it’s difficult to convince yourself of something you know may not be truthful. For now, I view McGill as an essential stepping stone towards a much higher goal.